radar loop courtesy of NOAA
​In December of 1992, NAPIA moved its Mid-Year Convention to Miami in an effort to accommodate its members who were working in South Florida.  The DOI’s Agency Director had come to the meeting as a guest speaker.  He warned the entire organization of impending doom for public adjusting in Florida once the next Legislative session opened in a few short months.  After this gentleman spoke, Ray Altieri’s partner (at the time) and long time public adjuster, Jerry Levin, of Utica, New York, came to him while he was talking with attorney, William “Chip” Merlin and suggested that we were going to need a state public adjusters association to fight this off.  Immediately, they went to work.  We contacted all of Florida’s PA’s and attorney Doug Grose.   We set a meeting for all Florida Public Adjusters in Orlando.

First Board of Directors

​To organize the Public Insurance Adjusters of the State of Florida to better serve the interests of the insured citizenry of the State and to help facilitate the expeditious and proper handling of insurance losses and claims.

To unite the Public Insurance Adjusters of the State of Florida for their mutual benefit, education and protection, as well as to protect and benefit the general public.

To establish and maintain high standards of professional conduct and efficiency among its members, and to study and assist in carrying out the provisions of all laws and regulations pertaining to Public Insurance Adjusters that may be enacted or formulated by the U.S. Government or by the Florida Legislature and Insurance Department of the State of Florida.

To advance and protect the interests of its members, to promote their welfare, and to attain a spirit of helpful assistance and cooperation among its members. To become a source of consultation regarding industry issues for the Florida Department of Insurance.

Working Toward the Common Good

FAPIA Meets With The Department of Insurance 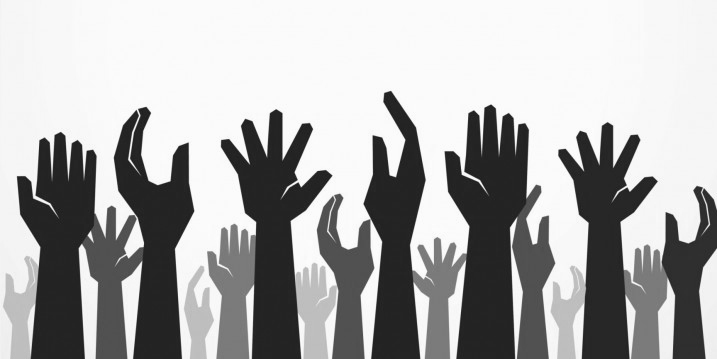 ​FAPIA was armed with one strategy.  As coined by Chip Merlin, “We must approach on the side of Angels”.  Testify from the perspective of what eliminating PA’s would mean to the public.   Many of the PA’s named above and others, testified in front of the General Counsel of the DOI on this very issue.  We were successful!  We were invited to participate in the writing of new legislation.  They accepted our work almost verbatim.   During this same period and in addition to fighting for our right to adjust first party property losses, there was a competing group of PA’s who formed FAPA (Florida Association of Public Adjusters).  This group was trying to fight for the “right” to adjust liability and bodily injury claims as an alternative to attorneys!  FAPIA leadership rejected that dangerous notion and separated ourselves greatly from FAPA.  It was evident to the DOI that we would support aggressive and responsible regulation as an industry.   We gained credibility as a new organization with top management personnel at the DOI.
​Our industry had a voice!​

​Armed with newly earned credibility at the DOI, FAPIA flourished. New challenges came and went through sacrifice of time and money by many of the Charter Members.  First name basis relationships were established with DOI Division Directors.  New proposed Rules and Legislation came forward and the DOI actively sought our input and opinions.  FAPIA’s language was inserted into new Bills involving PA’s.   A Tallahassee Mid-Year Meeting tradition was established to coincide with the annual Legislative Session to keep us in front of Senators, Representatives, and the DOI.  Negative legislation slowed for a period, which allowed FAPIA to turn inward.  By –Law Revisions were made in 2000 to help conform to organizational growth.  An Officer’s Ladder was created to send experienced members to the Presidency.  FAPIA enhanced its professionalism by developing a website and hiring an Administrator, a Lobbyist, and a CPA firm to assist the organization in its affairs.FAPIA has also gained recognition beyond the DOI, as many of its members became members of the Windstorm Network with Dick Tutwiler becoming that organization’s President and Steve Lesser and Jim Toukatly voted to its Board of Directors.  NAPIA also has repeatedly recognized FAPIA as the largest and best State public adjusting association in the country.  FAPIA was also rewarded through NAPIA, by voting Raymond A. Altieri, Jr. our founding President. to its Officer’s Ladder.  Altieri became NAPIA’s President in 2011.  FAPIA’s growth has been outstanding.  Our first meetings would attract 20 to 30 PA’s.  Today we have nearly 400 members and our two annual meetings in the Spring and Fall are usually sold out.  That’s a testimony to the hard work of all.

In recent years, the Florida Association of Public Insurance Adjusters (FAPIA) has actively pushed for new regulations that strengthen the professionalism of the industry, and in so doing, protect the rights of insured Floridians.

Restoring Licensing Examination Requirements
Public insurance adjusters believe that only those with the dedication and commitment to become highly educated about the industry should be eligible for licensure.  On behalf of the industry, FAPIA secured legislation that restored state licensing exams to ensure the professionalism of all those involved in the handling of insurance claims.
Adding Apprenticeship Programs
FAPIA decided not to stop with licensing exams.  The association developed and secured legislation (F.S. 626.8541) for an apprenticeship program, which requires all new licensees to take a 40-hour course, sit for the state examination and then file for an apprentice license, which they must hold for 12 months before they are qualified to become a public insurance adjuster.
Strengthening Conflict-of-Interest Regulations
Clients often ask for contractor references to complete needed repairs.  To ensure that public adjusters can provide such references with no fear of conflict-of-interest, FAPIA secured legislation (F.S. 626.8795) that establishes that public adjusters can in no way profit from repair work on the claims they handle.  They cannot serve as the contractor themselves, and they cannot receive any compensation for contractor references.
CITIZENS FEE BAN REPEAL
When the insurance industry succeeded in making it illegal for public adjusters to charge Citizens Property Insurance policyholders for service rendered based on the initial claim payment, FAPIA sprang into action. While public adjusters across Florida began working cases on a pro bono basis the number of lawsuits saw a dramatic increase.  Policyholders with a claim dispute found it more difficult to find representation outside of hiring an attorney.  We lobbied lawmakers while preparing for another major lawsuit on the unconstitutionality of the fee ban.  Ultimately, the language was repealed in 2013 and the right to retain a public adjuster and pay a reasonable fee for good and valuable services was returned to policyholders.
Today, FAPIA is a trusted leader for public adjusters and the policyholders they represent.  We are the largest state trade association for public adjusters in the nation, with nearly 700 members. We are blessed to be able to make a living in a profession that is all about helping people.  As long as there are policyholders, and as long as claim disputes exist, FAPIA and its members will continue to serve as a vital consumer safety valve.  Every public adjuster has experienced the gratitude from a home or business owner when their work resulted in a fair and just claim payment. This is why FAPIA leaders work to protect the public adjusting industry through legislative advocacy, public relations and legal actions.
Each of you who support the public adjusting industry through FAPIA, help to make it possible for policyholders in this state to receive full and fair compensation with the help of a public adjuster. Public adjusting is still available in Florida, in large part, because our industry has had a voice for the past 29 years. That voice is FAPIA.
Our industry has enjoyed success and won many battles, but the war is not over.  And for the sake of our industry as well as those policyholders we serve, FAPIA is committed to continuing our united efforts to protect and strengthen the environment for public adjusting in Florida.
One Voice...
One FAPIA.